Decongestants for stroke survivors, people with heart disease and other illnesses should not be the first choice in the battle against decongestion.

Alternative treatments for decongestion and the common cold should be used instead.

Why is That? What Could Be Wrong with a Decongestant?

Decongestants and many of the commonly-used cold medicines, contain ingredients that can raise the blood pressure.

The way decongestants work, is to reduce the inflammation in the mucosal lining of the nose and other parts that are blocked up. This creates more actual space in the nasal passages. Then the feeling of stuffiness, congestion and discomfort goes away. The problem is that the effect occurs by constriction of the blood vessels there, and in the entire body. That can cause a raise in blood pressure in some people. 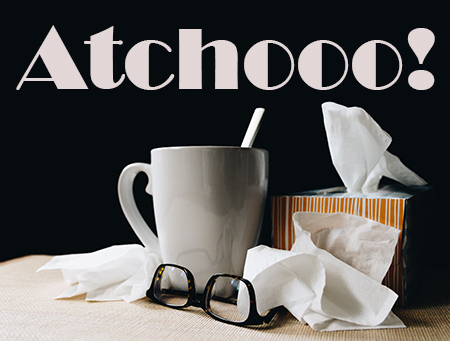 Ask the doctor about the suitability of decongestants for stroke survivors.

So, What Should We Do?

People who have low-cardiovascular risk should not use decongestants for more than 3 days in a row. This is the advice of the American Academy of Family Physicians (AAFP).

Dr. Erin Michos, at Johns Hopkins Ciccarone Center for the Prevention of Heart Disease, points out that the danger is greatest for a person who has:

Dr. Michos notes that people should pay attention to the warnings on the medicine box. NSAIDs and decongestants both carry a risk to people with heart issues.

Common cold medicines often contain NSAIDs.  A senior who is concerned about his heart health should get the doctor’s approval before using any commercially-produced decongestants.

Good Advice from The Doctor

If a doctor okays your taking a decongestant, it is advisable to use it for the shortest amount of time possible. That is the one of the guidelines given for protecting blood pressure levels.

Obviously, the best thing to do is to avoid getting sick in the first place, if possible, says Dr. Michos.

Wash hands frequently to avoid the spread of infection.

Alternatives to Decongestants for Stroke Survivors

Instead of decongestants, stroke survivors and people who are concerned for their heart can try these alternatives:

Clearing the nasal passages by blowing the nose, is advisable. Very few, if any, people use the old-fashioned fabric handkerchiefs. We do not try and save money this way any longer. So, do yourself a favor, and bin, dispose of and chuck away used tissues! It is the best thing to do with germy, used tissues.

For fun-loving seniors, you can find facial tissues with interesting designs and in funky colors online!

To Conclude this Discussion on Decongestants for Stroke Survivors

Decongestants for stroke survivors, and also for the rest of the senior population, are not essential for the winter. There are so many alternatives. Have a healthy winter, and if you sneeze, “Bless you!”